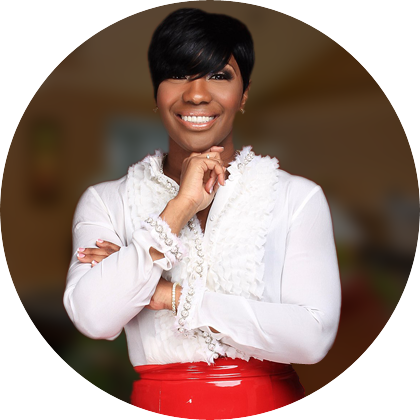 Hi! I’m Annetta Powell – a serial entrepreneur with over a decade of experience helping people like you. Welcome to my official website, which I like to call the place where entrepreneurial dreams become a reality.

I want to assure you that no matter what your current situation is you can achieve the success you dream of – just look at my life as an example.

I’ve gone broke, I’ve served time in prison but I’ve become a published author, a well-known speaker and a serial entrepreneur. Today, I am basically a money magnet – who knows how to build wealth.

I was able to turn my situation around and now I’m living my dream life. Now that I am living my dream life, I have decided to create a special network, which I’m calling The Wealth Connect. My mission is to help thousands of people master entrepreneurship and build wealth all at the same time.

Through experience, I have learned that true wealth is built from having multiple streams of income… I want to show you exactly how to build wealth through The Wealth Connect.

Now let me tell you a little more about myself, about what I’ve overcome and what I’ve achieved so that you can have a better idea of what is possible in your own life… as well as discover why I’m the person that can help you achieve your goals and dreams. I consider myself a Serial Entrepreneur and others say I am a true success story and here’s why…

At the age of 24, I was tired of living paycheck to paycheck and I decided that I was no longer going to work as a Materials Coordinator for Johnson Controls, a job I had started when I was 19. I graduated from the University of Phoenix in June 2002. My dream at the time was to become a director at a company, but once I graduated, I realized that I was never going to become a millionaire working for someone else.

True wealth comes from having multiple streams of income, which is also known as diversifying your income. Once I realized I could never become a millionaire working for someone else I decided it was time to take control of my financial future, so I purchased my first real estate property for $18,000. After making the necessary renovations, I was able to sell it for a profit of $24,000.

The Serial Entrepreneur Fire Was Ignited

Since 2002, I have purchased, renovated and sold more than 600 properties totaling $50 million dollars in real estate sales. I maintained a steady flow of success through my real estate empire Infinity Properties Group. Strong, determined, and optimistic about the future that lay ahead of me, I knew that all of my dreams could come true despite any hardships in my past. Born to deaf parents, I grew up with 6 sisters and 1 brother in Pontiac, Michigan.

In 2007, carrying a wealth of knowledge about the real estate industry, I published my first book, “Finding, Fixing & Flipping properties”. Then I started spreading the word and sharing the secrets of my success through real estate training seminars.

I didn’t grow up with a silver spoon in my mouth, things weren’t given to me. I’ve had to scratch and claw for everything. I’ve faced huge roadblocks and overcome them. For example, I’ve survived domestic violence and a brutal sexual assault.

In September 2008, I was investigated for real estate fraud and was later indicted in November 2011 for Mortgage Fraud for assisting buyers with down payment money to purchase investment properties. In December 2014, I was sentenced to 24 months in prison. I served my prison sentence at Alderson Federal Prison, which is known as “Camp Cupcake,” it’s the same institution where Martha Stewart served her prison sentence. Once I was released from prison May 2016, I wanted to tell the world my side of the story so I released and published another book Indicted to Ignited in September 2018.

While I was dealing with these legal problems, the bottom fell out of the housing market. As you know back in 2009 Michigan took a tremendous blow with the housing crisis. At that time, I had purchased a number of homes but was unable to sell them due to the market crash and this is when my life took a serious financial turn – I went broke.

Real Estate had been my meal ticket for the past several years, but I finally came to the realization that you should NEVER rely on one source of income. The recession taught me to have multiple streams of income so that my financial future could be more secure.

So I made a decision to diversify my income due to my experience of being broke in the past. Now not only am I a real estate investor but I have learned how to build wealth through multiple streams of income. I now own a huge rental portfolio that brings in passive income each and every month.

I also own five tax franchises known as the Tax Expert Stores and a party bus luxury limousine company known as Blitz Luxury Rental. I love to give back to the less fortunate and I have become well-known for giving back to the community through the Abram Powell Foundation, which is a non-profit 501C3, which is the result of a partnership I formed with my father and mother to help the less fortunate hearing impaired (Deaf Community).

I have also been featured in publications like: “Black Enterprise” and “Sheen.”
I’ve become the very definition of a serial entrepreneur – and now I want to show you how you can do the same. 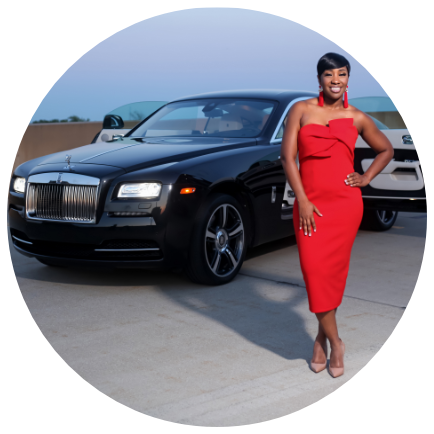 My New Role As A Serial Entrepreneur

Building a business is not easy – and life is often not easy as well. But I’ve learned that with vision, drive and determination you can achieve your goals. I’m living proof of that. I now have a great desire to help others see just how powerful they are inside, too.

An author once said, “Our souls are hungry for meaning, for the sense that we have figured out how to live so that our lives matter, so we can help make a difference while we are on Earth… What frustrates us and robs our lives of joy is this absence of meaning.” Far too many of us settle for mediocrity instead of searching for real meaning and real satisfaction.

If you follow my lead through The Wealth Connect you will learn how to create true freedom in your life. You will grow as an entrepreneur and as a human being. I would love to share my knowledge with you. Let’s grow and build wealth together and become the true artist on this canvas called life.
“There is the risk you cannot afford to take and there is the risk you cannot afford not to take.” Working with me is the latter so let’s get started by clicking below.