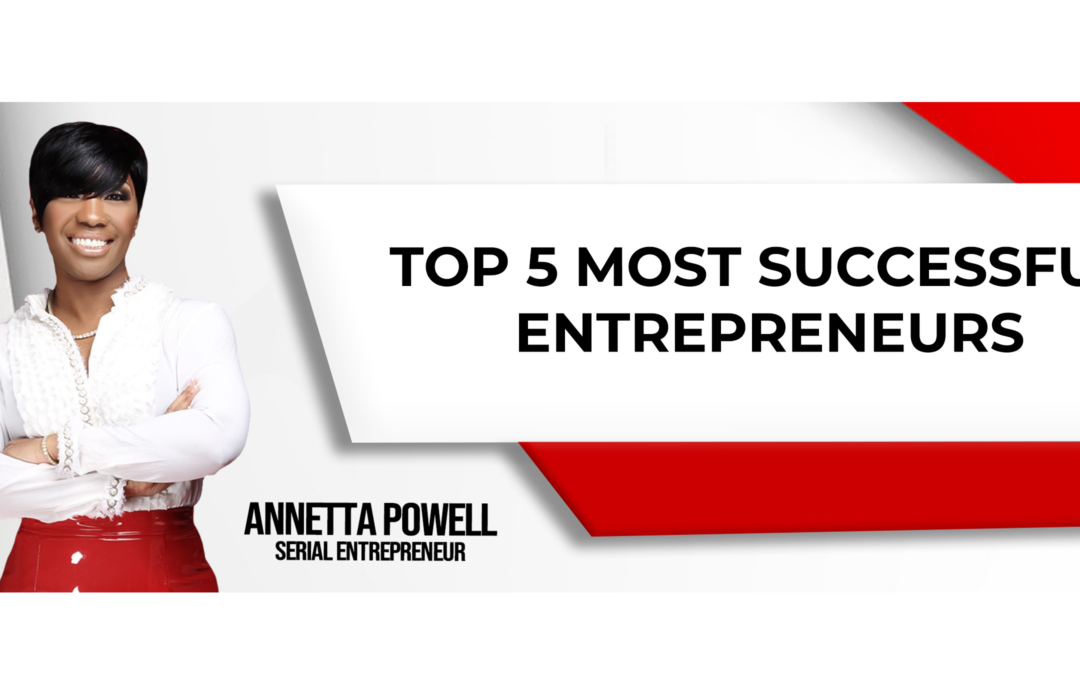 Successful entrepreneurs is a dream occupation for most career-driven individuals. According to data, 96% of self-employed people have no intentions of quitting entrepreneurship for a job.

The success stories that revolve around entrepreneurship have gained massive popularity over the last few decades, especially with advancements in technology.

This article covers the 5 most successful entrepreneurs, unsurprisingly including many famous names!

This name should come as no surprise to most people. Elon Musk tops the list of most successful entrepreneurs with a whopping $218 billion net worth. It is safe to say that Elon Musk has invested in multiple successful ventures during his professional career. Famously known as the CEO of Tesla, the leading brand of electric vehicles, Elon Musk has changed the future of the automobile industry!

Musk first got involved with Tesla in 2004; however, it was in the last few years. Tesla was not the only brand that brought Musk success. Musk also found SpaceX to massively reduce space transportation expenditure and an ultimate goal of establishing life on Mars. Further, Musk also co-founded Neuralink, a firm that aims to understand and execute the brain’s actions.

Finishing just behind is the famous Jeff Bezos, the founder of Amazon. With an amazing $132 billion net worth, it is safe to say that Bezos has had a very successful career. After graduation, Jeff had multiple brief stints until he founded Amazon in 1944. Amazon was first used as an online bookstore, and it was not long before Jeff was tempted to expand what is now known as the world’s largest online store.

However, Jeff’s journey in Amazon suffered numerous bumps. During its early years, Amazon suffered greatly during expansion and had to cut down on its workforce under multiple circumstances.

Bernard Arnault, an acclaimed French magnate, makes it to the third position in this list. He is the co-founder and the CEO of the mighty fashion company Louis Vitton. With a colossal net worth of $160 billion, Bernard claims the crown of the wealthiest person across Europe.

What is now known as the richest brand across Europe, rose to life due to a mere idea by Bernard. Bernard then invested in his idea and transformed it surprisingly in a few quick years due to his unmatchable vision and confidence. Bernard is also famous for enjoying his taste in art. His collection comprises the most renowned artists, such as Picasso and Henry Moore.

Bill Gates is an American business tycoon and a well-known software developer. Gates was enrolled at Harvard University, where he later dropped out and co-founded Microsoft Corporation. Gates excelled in his career at Microsoft, where he enjoyed multiple years as the organization’s CEO. With a $125 billion net worth, Gates finishes at number 4 on this list.

His business venture Microsoft is the first and most popular operating system for computers and laptops. Bill Gates’ efforts completely revolutionized the future of the computer software industry. He also diversified into major other companies, including the video conferencing giant Skype and the leading employment online service LinkedIn.

From a very young age, Warren had a keen interest in business and investments, and it was after his graduation that he shaped his philosophy.

Warren has a keen eye for business opportunities. His thorough analytical skills regarding any business have led him to be the fifth most successful entrepreneur globally, with a net worth of over $133 billion! With that said, Warren has also pledged to give away 99% of his fortune through the Bill Gates and Melinda Foundation!

Entrepreneurship is a journey of grittiness and courage. It is meant for those who are brave and enjoy risk-taking. It is imperative to follow the principles of discipline and perseverance during this journey, something that is common in every successful entrepreneur.

Discover the
Success Secrets
That Made Me a Millionaire!